I can't believe a whole week of March has already gone.  So what can I look forward to this month?

Finally being able to get out into the vegetable patch and plant potatoes.

The clocks changing so we can get back to lighter evenings.

Spring flowers brightening the landscape after the winter gloom.

Being able to open the windows in the barn and having a big spring clean."


Life around here is much the same.  Starman still has the cold of the century. The spanking must have sapped his energy because he proceeded to go rapidly downhill and spent the rest of the day, plus all of yesterday, in bed!  He managed to get up and stagger downstairs for meals and high dosage vitamin C, but then he staggered back up and has been lying in state with every remote control imaginable within reach, plus his tablet, phone, glass of water, ipod, kindle.... the list is endless!

However - we are delighted to tell you all that the bone scan was completely clear, and he just heard this week that he has been accepted on to the prostate cancer trials at the Royal Marsden in London, and that due to its success this trial has been extended!  Although we are trying to carry on with life in a normal way, this sort of thing does tend to linger at the back of your mind, so this has made the outlook a lot more positive for us.

And he got up and showered as normal today, ate his breakfast eggs on toast, and has even ventured briefly outside (got rained on) and then rushed back in to the comfort of the fire and sofa!

Paddy and Colleen were making passionate love in Paddy's mini van when suddenly Colleen, being a bit on the kinky side, yells out "Oh big boy, whip me, whip me!"

Paddy, not wanting to pass up this unique opportunity, obviously did not have any whips on hand, but in a flash of inspiration, he opens the window, snaps the antenna off his van and proceeds to whip Colleen until they both collapse in ecstasy.

About a week later Colleen notices that the marks left by the whipping are starting to fester a bit, so she goes to the doctor.  The doctor takes one look at the wounds and asks, "Did you get these marks having sex?"

Colleen, a little embarrassed that she has slept with Paddy (let alone that she allowed the kinky boy to whip her) eventually admits that, yes, she did.

Nodding his head knowingly, the doctor exclaims, "I thought so, because in all my years as a doctor, you've got the worst case of van aerial disease that I've ever seen."

Outside this is what it is doing: 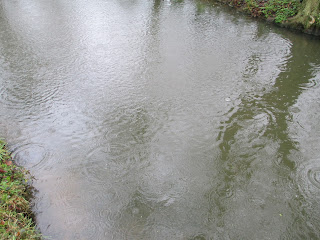 Raining, raining and more raining.  Apparently it's going to snow later this afternoon, and already some of the raindrops resemble sleet.  Such excitement!  I would really prefer my afternoon to be like this: 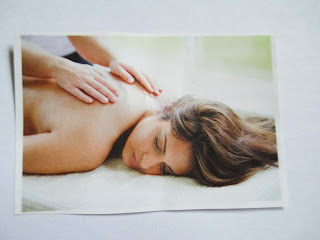 I love getting feedback about my recipes and I promised another showstopper this week.  This torte is extremely rich and I would strongly advise 'special occasions only' and just small slices.  (Are you listening HOHs!  Pay attention!  Small slices means small slices!)

A 23cm cake tin, lined with a circle of baking parchment and the base and sides lightly brushed with groundnut oil.

1  Start off by sprinkling the crushed biscuits all over the base of the tin.  Next break the chocolate into sections and put them in a heat proof bowl together with the liquid glucose and the rum.  Sit over a saucepan containing 5cms of barely simmering water, without the bowl touching the water - it will take between 5 and 10 minutes to become melted, smooth and glossy.  Stir, then take off the heat, and leave the mixture to cool for 5 minutes or so, until it feels just warm.

2  Now, in a separate bowl, beat the cream to the 'floppy' stage.  Fold half into the chocolate mixture, and then fold that mixture into the rest of the cream.  When it is smoothly blended, spoon it into the prepared tin.  Tap the tin gently to even the mixture out, cover with clingfilm and chill overnight.

3  Just before serving, run a palette knife round the edge to loosen the torte, then give it a good shake, and turn the whole thing out on to a serving plate (don't be nervous about this - it's very well behaved).  To serve, dust the surface with sifted cocoa powder and a few amaretti biscuits and, if you like, mark the top into serving sections.  Have some chilled pouring cream to go with it, if you have any, a couple of tablespoons of amaretti liqueur will make a wonderful addition to the cream.

NOTE  The torte does freeze well, but since you can also make it a couple of days in advance, this doesn't really seem necessary. 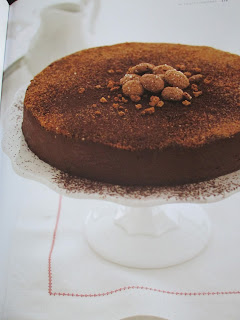 March, being Question and Answer month, if anyone has any questions to ask me, please ask them in the comments section below, or send me an email to:

I'll do my best to answer them, but you just might get some funny answers! 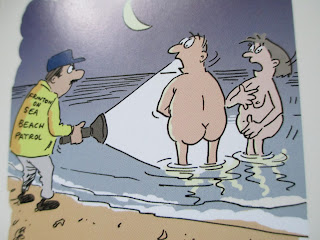 I did warn you!

And if one of your questions is "Have you ever been skinny dipping?"  Well, it's for me to know and you to wonder about!  (LOL!)