A Little Intermission - Just to Say It's One Year On!

Note the pink collar!  Note the look in Dan's eye! Could it mean a spanking?!  You may be right! 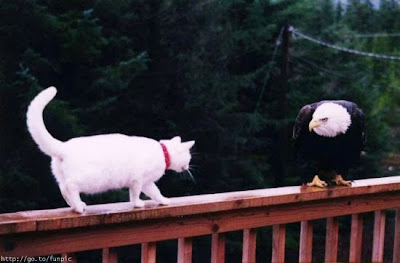 This time last year I received my first spanking.  It was also my first ever Birthday Spanking. It was the beginning of our journey.  I hadn't even had the courage to start a blog - that came  a bit later.

After all, it had taken me the best part of a couple of weeks to decide that it was now or never.  I'm so glad I decided it was now.  Mind you, I seem to remember hiding under Dan's armpit and suddenly bursting into tears.  He asked me in horror what was wrong, thinking I had decided to leave him, was having an affair etc.  I think he was so relieved when I sobbed out that I wanted him to spank me, that he was willing to do whatever I wanted.  At the time, anyway.

I had blithely assumed that I would become, overnight, a submissive wife; that Dan would reward disobedience, disrespect, dishonesty and dangerous actions with swift bottom-busting spanks and that they would serve as a great deterrent and all in the garden would be lovely - for ever afterwards. 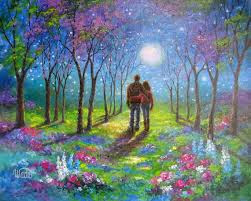 When in fact, for a great deal of the time, especially over the next few months, it looked like this 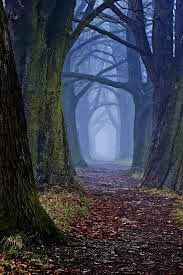 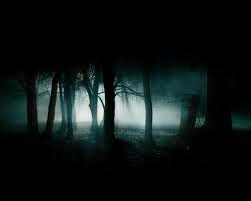 A bit like wading through the slough of despond!

Happily, we are now out the other side, and whilst there is the occasional obstacle to be overcome 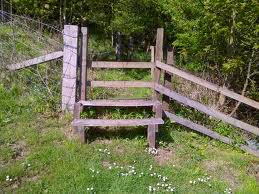 we seem to be able to help each other over it.  So the road ahead now looks something like this 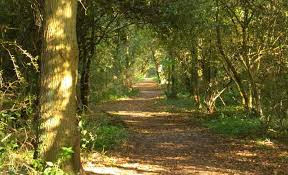 and most of the time the journey is all we had hoped it would be.

Dd/TTWD is a funny thing.  It starts off being one thing, and ends up being something completely different. My advice to anyone just starting would be to put away any preconceptions you have, and to go into this completely open-minded. You may be in for a surprise.  I know we were.

I don't think we have had so many disagreements in the whole of our marriage as we had this last year. 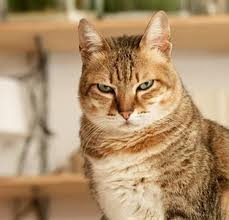 Dan learned quite early on how to use the look.  I did, and still do, tend to have more attitude than is good for me, and frequently ignore it! 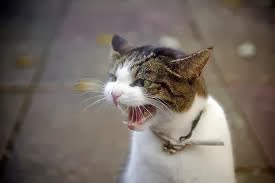 But I am trying.  Very trying, as Dan would say!

At some point during the year I finally had to admit to being a spanko.  I couldn't see all my friends nudging each other and shaking their heads.  They all knew I had to find that one out for myself.

It was a strange conclusion to come to, because as I was saying to one of them recently, Why is it that we love being spanked, but we hate a really intense session - the actual spanks themselves?! They hurt like hell and we wonder why on earth we agreed to it in the first place. Yet the anticipation, if there is a time lag before the spanking can take place, and then the feeling afterwards (red and/or bruised/striped bottoms, soreness, heat, sting, discomfort sitting, plus the mind-blowing surge of endorphins), is the best thing ever!  And the sex! Wow!

I know that this applies to me, even when the spanking turns out to be of the disciplinary type. I can count on one hand the few occasions when this has proved not to be the case.  In fact, if for any reason a spanking is delayed - I am like a well-shaken bottle of lemonade! As Dan knows to his cost.  And as my bottom knows to its cost as well! Yet those endorphins still surge!

This year I have made more genuine friends, who I email with, speak with on the telephone, and have even met up with, than I would ever have believed could be possible.  My throat gets all chokey at the thought.  So while I am about it

A GREAT BIG THANK YOU TO YOU ALL!!!! ESPECIALLY FOR ALL YOUR SUPPORT, POSITIVE THOUGHTS AND PRAYERS FOR DAN!!!!

Little did I realise when Dan suggested I read Fifty Shades of Grey (Bless him, he had no idea whatsoever what it was about!) just how much our lives were going to be changed.  I will always have a soft spot for those books, and also for their author, despite her bad press!

I have no wish to tell you how many spanks Dan will be giving me tomorrow morning!  Let's just say it will be a significant number.

But they will be given as an affirmation of his desire to love and cherish me, always. (Love you too, sweetheart!) 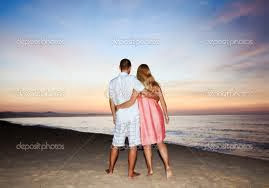 Hugs to you all, my dear friends!