The Hump-backed Bridges of Starsong Land

In the UK we still have a considerable number of these. They look very picturesque, but see what happens if you drive over them too quickly: 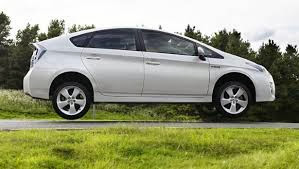 All four wheels leave the ground! 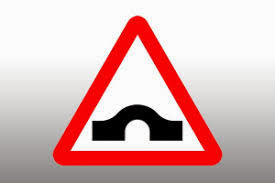 it's time to slow down, because any minute now you are going to be crossing a hump-backed bridge!

You are all wondering where I am going with this.

The fact is that many people around Blogland seem to be encountering hump-backed bridges at the moment - me included.

They come in all shapes and sizes, and the method of approach has to be the same in every case

Yet it seems to me that time and time again we refuse to obey the rules of the road!

I am sensing a communication difficulty here.

I'm going to start with a couple of little questions.  I should be very interested in your answers.

1  If you are married, and the female in the partnership, did you promise to obey?

3  If you did, then are you both living up to your promises?

I know.  It's a toughie.  I know some people here in Blogland who have been practising Dd and TTWD for many years, and yet "obey" never came into it, and I am intrigued as to why.  Because I can't help but see a bit of a conflict situation here - unless you have changed through 360 degrees of course.

I said obey. In turn Dan promised to love and cherish me and guard me with his life. He's done a pretty damn good job of it too considering the hoops I've put him through, although he is still having difficulty with being "openly affectionate".  He still holds a lot inside.

Such as spend so much time in the kitchen I feel I should've been a frontier wife in a log cabin!  Such as really enjoy doing the laundry and ensuring we have regular changes of linen and our clothing is aired and ironed and presentable.  Such as packing away the dishwasher in the evenings but leaving any food left over, or some snacks such as peanuts, or cheese and celery out on the work surface till bedtime, in case Dan should feel the need.  Such as automatically making Dan a mug of tea whenever I make myself a coffee, even though he sometimes forgets to reciprocate.

Such as being open-minded about sex and letting him lead the way, but not being afraid of asking him what he would like from me, even if it initially makes me uncomfortable.  Such as being willing to learn and trusting he will stop if I am scared or it hurts.

So the latest gift was Dd/TTWD.  I managed after many false starts, to put into words, to communicate, that I was willing to try my best to truly obey.

I think it has been the toughest part of our marriage so far.  We've had, without question, more rows, more distancing, more problems with attitude, more ups and downs, in such a short time, than I can ever remember.

But though we are still working on them, the positives so far have been enormous.  We've worked our way through elementary level, and have now embarked on intermediate.  (I think this promises to be quite a long haul!)

And it comes down to the fact that it is communication that is not only the hinge upon which our TTWD hangs, but it is without doubt the most difficult expectation we have of each other.

To be able to look each other in the eyes and really communicate.  Not just talk.  Not just say the things we want to hear each other say.  But utterly mean them.   It's so, so difficult!

There have been times we have reached stand-off. 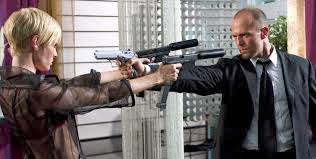 These times have been awful.  Destructive.  They've placed us both in a "lose lose" situation instead of "win win".

I've stated before that probably the most effective discussions for us, take place when I am over Dan's lap, and he reinforces his words with spanks!

But this is not always feasible, nor helpful, as there have been occasions when I would willingly promise the world and everything in it just to get him to stop!

So we do have to purposely ensure we take the time to sit and do nothing other than talk.  This is where Willie has mentioned the "lump in the throat".  I can vouch for it.  Or your mouth suddenly seems full of cotton wool.

What we don't want is this situation 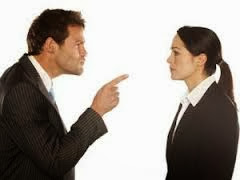 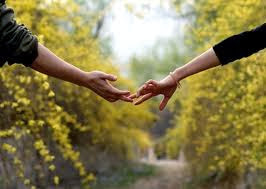 We need to be able to reach out to each other.  To be able to fully explain our feelings.  To listen, and be listened to.

If I am nervous, because I know the session is going to be intense - I need to be able to explain this to Dan without him getting all HOHy and telling me I should just do as I am told.

So in order to drive safely over these hump-backed bridges, we both need to observe the warning signs.

We are both in this together.  We've seen the benefits, but we need to work harder at our communication skills.  It doesn't just come from one of us.  But from both of us.

I suppose only time will tell.

Don't forget those questions I asked you. I'd love to know your answers. Of even how you feel about the whole "obey" word.

Remember the hump-backed bridges! It's good to communicate! 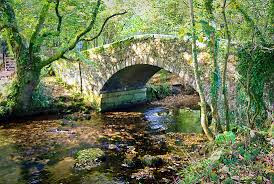