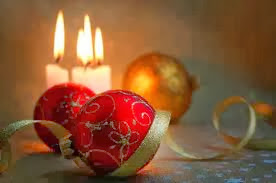 The Starsong household has started its run up to Christmas.  Advent Calendars are eagerly being opened, not just by my elder grandson, but also by his mum and dad!  Christmas cards are being written and sent off. I always put some glittery stars or sparkles in mine so that when they are opened it falls out all over the place.  My poor unsuspecting friends vow they will remember this, but they never do.

The bird feeders are in place hanging from the apple trees and yesterday we had a huge flight of Goldfinches that rose like a cloud when I opened the back door.  Most of the leaves have fallen at last and wherever we walk there is a golden carpet underfoot. My Starman has been "playing" with his new toy, a LEAF BLOWER.  He says it's easier than using a leaf rake, but I think he just loves using it!

The days are very short as we climb towards the winter solstice.  Last night was very cold for us, and today we have a clear blue sky and the sun is brittle and bright.  By the end of the week snow is predicted, and high winds with drifting.  Ha!  They are always wrong with our weather. We'll see. 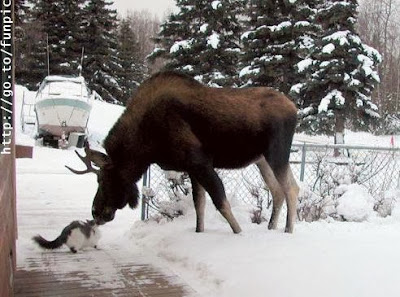 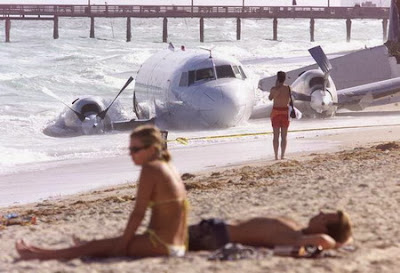 I hope George is reading here today.  What a photograph!

I just love this joke!

This has been our internet just recently.  Drives us bananas!  But maybe we should write letters a little more than we do.  I know I love receiving them.  It's all too easy to send an email these days.

I am in a flurry of baking and freezing.  Just wish I had not been lazy and had defrosted the freezer out in the barn.  I suppose because it lives in the barn I kept putting it off, and now I know I shall have to force myself as room in it is severely limited.  Sigh! All I ever do is procrastinate.  Such a long word when it just means I am lazy at doing things I don't enjoy.

I am including two recipes this week.  One I promised you in the last 'snippets' and I thought you might enjoy to try the other as it's alcoholic!

This is the recipe I promised you. 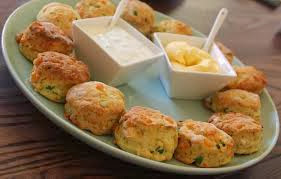 (Makes about 28) (Smaller than picture above)

You will need a baking sheet, lightly greased, and a one and a quarter inch plain pastry cutter.

Believe me, you won't want to stop at one - they are very moreish!

1  Fry the onion in the oil over a highish heat for about 5-6 minutes or until it's a nice brown caramel colour and darkened at the edges.  Keep it moving about so that it doesn't burn.  Now transfer it to a plate to cool.

2  While that's happening, take a large mixing bowl, sift in the flour, salt, mustard powder and cayenne and add a good grinding of black pepper (the scones need to have a piquant bite).  Now rub in the butter, toss in the cooled onion, the olives and two-thirds of the grated cheeses, forking them in evenly.

3  Beat the egg and pour this in, mixing first with a knife and finally with your hands, adding only enough milk to make a soft dough - it mustn't be too sticky. Turn the dough out on to a lightly floured surface, knead it gently till it's smooth, then roll it out to about three quarters of an inch thick, being careful not to roll it too thinly.

4  Next, use a one and a quarter inch plain cutter for cutting: place it lightly on the dough and give a sharp tap to stamp out the scones.  Lightly knead together and re-roll  any trimmings. Then, when all the scones are cut, brush them with milk, top them with the remaining grated cheese and bake them near the top of the oven for 10-12 minutes.  Remove them to a wire rack to cool.

And if you fancy a change from mulled wine, why not try mulled cider? Cat and I both have good recipes for this delicious and warming winter drink. 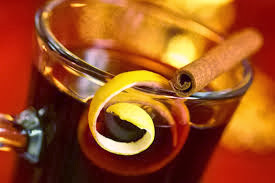 A glass of something warm and spicy goes very well with warmed mince pies during the party season, especially when greeting guests who are rubbing frosty fingers and shaking snow off their boots!

1  First, using a small sharp knife, make a small slit around the 'waist' of each apple, then rub each one with butter.  Place them on a baking sheet and bake in the oven for 20-25 minutes - they should be softened but not floppy, so test them with a skewer.

2  Put all the other ingredients into a large saucepan and heat the mixture, stirring quite often and adding the apples halfway through.  Don't let it come right up to the boil, but serve it very hot!

3  To keep it really hot without boiling it's probably best to use a simmering mat or setting on your cooker, or even a slow cooker-crockpot.  When you are ready to serve you can always pour it into a large warmed punch bowl if you wish to be posh.  Ladle into glass beer tankards with handles (spoons in the glasses will prevent cracking).  (We use ordinary everyday wine glasses - it doesn't seem to matter!) 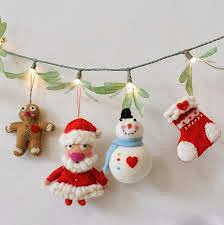 Finally I want to conclude with a silly seasonal story I read somewhere:

When four of Santa's elves got sick, the trainee elves did not produce toys as fast as the regular ones, and Santa began to feel the pre-Christmas pressure.

Then Mrs Claus told Santa her mother was coming to visit, which stressed Santa even more.

When he went to harness the reindeer, he found that three of them were about to give birth, and two others had jumped the fence and were out, goodness knows where. 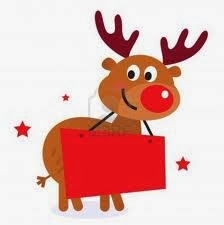 Then when he began to load the sleigh, one of the floorboards cracked, the toy bag fell to the ground and all the toys were scattered.

Frustrated, Santa went into the house for a cup of apple cider and a shot of rum.  When he went to the cupboard, he discovered the elves had drunk all the cider and hidden the rum. In his frustration, he accidentally dropped the cider jug, and it broke into hundreds of little glass pieces all over the kitchen floor. He went to get the broom and found the mice had eaten all the straw off the end of the broom.

Just then the doorbell rang, and an irritated Santa marched to the door, yanked it open, and there stood a little angel with a great big Christmas tree.

The angel said very cheerfully, "Merry Christmas, Santa.  Isn't this a lovely day?  I have a beautiful tree for you.  Where would you like me to stick it?"

And thus began the tradition of the little angel on top of the Christmas tree.

Not very many people know this. 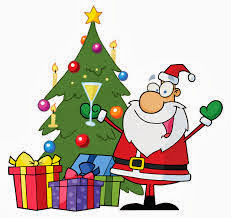