Life goes on here with the usual stresses and calm interludes to be found within a normal family.  Sometimes the scales tip more towards stress than calm interlude, and that's when the hair flies! 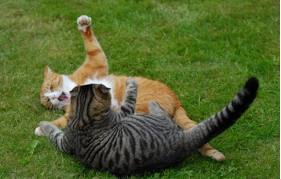 Most of the time we are happily jogging along, busy with our own work and interests during the day, and sharing time round the table (eating of course!) with our children, family and friends in the evenings and at weekends.  In fact, we seem to be temporarily inundated with parties, barbecues, drinks and nibbles, suppers and lunches.  With us, it is either feast or famine.  But I think the good weather has brought out the urge to entertain in everyone, and long may it continue.

It doesn't do a great deal for my waistline, nor probably my liver, but it's such fun to sit outside till late in the evening, dive-bombed by billy-witches and watching the bats take over from the swallows in the sky around the barn roofs.  The conversation can cover everything from septic tanks, to the quality of the forthcoming harvest, and the algae on our horse-ponds to the speed limits through the villages.  And the most important thing is that we all laugh loudly, and a great deal!

But sometimes, as I am sitting joining in often completely ridiculous conversations, I wonder what my friends would say if they knew about my Starman and I.

This last week my bottom suffered a couple of pretty intense spankings.  From my point of view anyway.

The spankings in themselves weren't a surprise, because they were quite definitely of the "beneficial" variety.  It was just the intensity that sort of took my breath away.

You all know by now that my mouth has a tendency to launch into conversation, without engaging brain.  Paired with my impatient temperament, this does nothing except antagonise Dan, and cause him to start sending me "warning signals" by way of looks and eyebrow raising.  (And to think he once told me he couldn't raise an eyebrow!)

The scales were tilting dramatically towards "stress overload".  Dan had another hospital visit, we had six estate agents booked to look around the barn, and I, having decided to retire, had a garden party planned for the rest of the staff the first Sunday after I had driven out of the school gates for the last time.

So you see, a huge culmination of stress.  And Dan dealt with it as only Dan can.  My come-uppance came early one morning (around 6.30am!!!) after a particularly restless night (see Lillie's Blog - she has nights like this too!) when I may, or may not, have inadvertently kicked Dan in the ear as I climbed up on to his side of the bed to open yet another window, high up in the side of the barn, in a vain attempt to let some cooler air into our room.

He woke me from sweet dreams to ask me, not to go get him a cup of tea, but whether I preferred the walnut salad server or the bath brush! 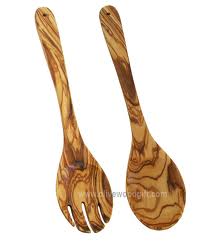 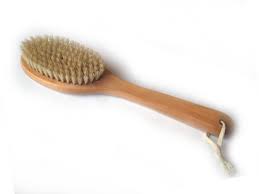 I was immediately on high alert!

I knew I was stressed out, exhausted beyond words, flippant in speech, and temperamental in action - and several good, and well-meaning(??!!) friends (who shall remain anonymous - but you know who you are, and if I ever catch you,  just you wait!) had even threatened to email or telephone Dan and tell him it was time he dealt with the situation.  But to have to choose either a hard bit of walnut or an even thicker bit of bath brush, at 6.30 in the morning, is a bit tough on a girl surely?!  He did say he was going to have a very busy day and we could leave it till the evening, but to have that hanging over me all day, no way Jose!

I chose the walnut salad server.  It hadn't seen any use for ages, and I cannot abide the bath brush!  How you people cope with wooden paddles, is a complete and utter mystery to me, and one which I am not planning to solve any time soon.

To cut a long story short, the spanking that ensued had me in tears by the third stroke and sobbing my socks off by the sixth stroke, and apologising and promising the world by the tenth stroke.

I also had a considerable warm-up session first with his hand. Did I mention before that his hand seems to have toughened up miraculously?  It doesn't feel like the same hand he had when we started, and I wonder if he has had some secret hand transplant and omitted to tell me!

I sobbed so loudly that at one point Dan stopped, rubbed my back and asked me if I was okay.  Now what he thought I was going to reply to that, heaven knows, but he must have been satisfied with my mumbled answer because he carried on for a minute or two and then ended with his classic series of rapid staccato swats to the tops of my thighs and that nice little crease where thighs meet cheeks, until I was practically gasping for air.  I couldn't breathe and I couldn't think, let alone say anything.

But that spanking was therapeutic (and I had to tell those rotten friends that they were right!) because I felt the stress simply flow out of me with the tears, leaving me limp as a kitten but so happily curled up under Dan's armpit that I could have stayed there all day.

Now before I continue, let's just discuss the issue of bruising shall we?

One very fair skin plus one 75mg aspirin a day equals bruising.

I remember the first time Dan spanked me with an implement - I thought he would never spank me again!  I even tried to hide the bruises from him.  Now he will even rub my butt cheeks with arnica for me!  (Note to those who may by now be completely horrified - these bruises generally only last a couple of days or so, but they look extremely dramatic at the time!)  (Second note to same - husbands change, alter and evolve!)

So, after the salad server spanking (Triple S?!) I stood in front of my full length mirror with my head craned around like a stork, and made gasping noises at the sight of my sit-spots, the lower half of my bottom, and the tops of my thighs. I slathered on the arnica like it was going out of fashion.

I think I must be a very strange person, because I always enjoy the '"afterburn" of a spanking.  I rarely feel sore for more than a few hours and the redness is invariably gone by evening (if it is a morning spanking).  Only the bath brush gives me any deep achy discomfort, and our hard, wooden kitchen chairs cause me no more than a passing squirm or two.  Occasionally three. 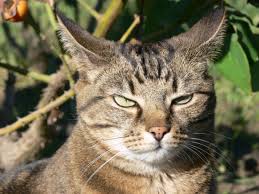 So, three days after this spanking I am going out of my mind with preparations for my garden party come retirement lunch.  The words "headless chicken" would not do justice to how I was acting.  Starting one task, leaving it to attend to another, seeing yet another en route and starting that one as well!  I sat at lunchtime having a breather and regarded Dan as he munched his way through a salad (I had prepared earlier!) and discussed garden furniture, which we have very little of, ours having been winkled away by our offspring.

I had a whole ham cooking on the stove, the ironing board was in the middle of the living room and I was ironing linen tablecloths that had been creased in the airing cupboard, a lemon cheesecake was half finished, and we were sitting surrounded by groceries just delivered by the local supermarket!

Dan was eyeing up the bottles of Peroni beer and wondering whether he ought to have ordered double.

I was sitting there, not concentrating on my lunch, or all the myriad tasks I was half way in to, but wondering whether I had enough courage to ask Dan to spank me.

I think my main worry, aside from the actual humiliation of having to ask for one, was whether or not he would agree to give me one.  After all, I wasn't asking him for a few playful swats.  What I wanted was to be spanked before I transgressed.

It brought to mind a story my grandparents used to tell a very long time ago, about the daughter of a gypsy who was being sent to the local alehouse with a jug, to bring back some ale for her father to drink with his supper.  A passer-by noticed the gypsy spanking the child quite hard on her bottom. Yet when asked why she was spanking her child before she had done anything wrong, the gypsy replied that she was simply saving time.  She knew the child was going to trip up and break the jug and spill the beer.  So this time she thought she would get the spanking out of the way before she even went.

The question is, of course, whether I had the nerve.  And what happened.  Don't forget this is wimpy Ami you are talking to, with a quiet, patient, "Are you okay?" husband.

I think this is where I leave you to wonder.